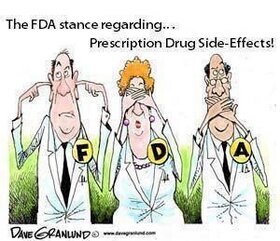 Via Fax, U.S. Mail and email to hylton.joffe@fda.hhs.gov

Re: Request to suspend approval for Diclegis pending fetal germline impact assessment, and to issue additional warnings for Diclegis and all other prenatal drugs regarding potential for fetal germ cell perturbation

I am writing to urgently request that the FDA take immediate steps to suspend approval for the prenatal drug Diclegis pending appropriate safety testing for impacts to fetal germ cells, the precursor cells to the baby’s egg or sperm. In addition, I urge the FDA to take immediate steps to issue warnings regarding potential germline impact of all prenatally administered drugs.

While testing of Diclegis revealed no increase in obvious somatic birth defects caused by fetal exposure to the drug, neither the FDA nor the drugmaker has made any attempts to ascertain whether fetal exposure to the compound may perturb the epigenetic programming of the vulnerable fetal germ cells, the tissues which are most vulnerable during early embryonic development, and are of course the most important in the child’s body, assuming that child desires to reproduce upon reaching maturity.

Any molecular disturbance of the germ cells would constitute a severe, yet hidden, birth defect of the exposed child, as it would likely result in subtle or severe developmental abnormalities in the grandchildren of the women taking the drug.

As FDA staff are no doubt aware, the delicate process of fetal germline reprogramming occurs during weeks 6-18 of human gestation, precisely the time period of morning sickness experienced by most pregnant women. During this period the germ cells are specified and migrate along the genital ridge to the rapidly developing fetal gonads.  During this time, the germ cells are demethylated and remethylated in a manner controlled in large part by the exogenous molecular signaling environment present in the womb.

Indeed, it is likely that morning sickness — wherein a pregnant woman becomes exceedingly sensitive to her environment — evolved as a mechanism to protect the exposed and sensitive germline from potentially harmful exposures. Yet, administration of Diclegis is expressly targeted at this known window of epigenetic susceptibility, and may wreak unknown and unmitigatable havoc on the germ cell programming.

Animal models have repeatedly demonstrated fetal germline vulnerabilities and adulteration caused by both acute and low-level exposures to exogenous compounds, resulting in multigenerational impairments. These perturbations may have any number of pathological outcomes, including abnormal neurodevelopment and behavior of the grandchild offspring. See, for example, Crews, Epigenetic transgenerational inheritance of altered stress responses, Proc Natl Acad Sci USA. 2012 doi: 10.1073/pnas.1118514109; Hunt, Bisphenol A alters early oogenesis and follicle formation in the fetal ovary of the rhesus monkey, PNAS (2012); Rissman, Gestational Exposure to Bisphenol A Produces Transgenerational Changes in Behaviors and Gene Expression, Endocrinology 1195 (2012); Skinner, Transgenerational epigenetic programming of the brain transcriptome and anxiety behavior, PLoS ONE 3(11): e3745 (2008); Gore, Transgenerational neuroendocrine disruption of reproduction, Nature Reviews Endocrinology 7, 197-207 (2011). Indeed, in the past several years, this susceptibility of early mammalian germ cells to chemical manipulation and damage has become textbook knowledge. It is reckless in the extreme for the FDA to continue to ignore this well accepted dimension of profound risk.

The role of germline epimutation in today’s epidemics of autism and other mysterious neurodevelopmental abnormality is seen as urgent among leading scientists, see, eg, DeMarini, Declaring the Existence of Human Germ-Cell Mutagens, Environmental and Molecular Mutagenesis 53:166^172 (2012), Michael Demartini, Yauk et al 2013, Harnessing genomics to identify environmental determinants of heritable disease, Mutat Res. 2013 January; 752(1): 6–9, and Autism Epigenetics Summary Statement, http://autismepigenetics.org/wp/wp-content/uploads/2012/11/SummaryThemesPDF13.pdf, and must also ring the alarm bells within the walls of the FDA. By controlling drug approval and prenatal drug risk information, the FDA serves as the sole gatekeeper for protecting the fetus and its germline from dangerous drug exposures, yet to date has never taken a single step to review the probable germ cell impacts of any of the many drugs prescribed to and taken by pregnant women.

Antihistamine CNS depressants such as Diclegis can reasonably expected to interfere with the fine-tuned molecular programming of the germ cells owing to the disruption of normal receptor activity. Per the dosing instructions, 10mg of the antihistamine may be taken up to 4 times daily, for 40 mg daily, for likely 90 days, for a total of 3600 mg of foreseeable antihistamine drug exposure, not including the B6 component, and not including synergistic, cumulative effects of other drugs taken by the patient, which may include fertility treatment hormones, antidepressant drugs, antihypertensives, diabetes drugs, PPIs and others. What is the effect of this massive quantity of evolutionarily novel xenobiotic chemicals on human germ cell development? Given what evolutionary biology now teaches us about the epigenetic susceptibilities of the early germline, it is shocking that the FDA has never even asked the question.

The FDA must demand that this germline and multigenerational testing for epigenetic and other impacts occurs before even a single prescription is written in the United States. The public can no longer sit idly while the FDA ignores what could easily be a massive, if unintended, assault on future generations. The blind spot regarding fetal germline vulnerability must end; pregnant women and their partners have the right to know all, not just some, of the risks involved in ingesting pharmaceutical drugs, particularly to the developmental integrity of their descendants.

With gratitude for your kind and prompt consideration,