People say, "There's no such thing as a genetic epidemic."

They are wrong. While they are correct that these various disorders we lump together under the banner of "autism" are primarily though not exclusively genetic in nature, these genetic abnormalities are hardly normal or random. They are, for the most part, caused by environmental disruptions that occurred well before these children were conceived.

We have known for decades that genetic change can occur when environmental insults such as toxic chemicals, radiation, and endocrine disruptors impair the development of our gametes, resulting in de novo genetic or epigenetic abnormalities in the next generation.

And never in the millions of years of human evolution have we experienced a worse mass toxic event than the largely forgotten Prenatal Pharmaceutical Craze of the 20th century.  Synthetic chemicals, marketed as benign little pills, were essentially poured directly into the bodies of tens of millions (probably more than that) of pregnant women around the world. I was exposed to at least three synthetic hormone drugs in utero.  And you too may have been exposed to wacky and evolutionarily novel drugs during your embryonic development, the time of greatest vulnerability for our delicate germ cells.  The only difference between you and me is that I have my prenatal records, and you don't. I know you don't because so few of these records from the 1950s, 60s and 70s survive.

And prenatal pharmaceuticals are just the start.  Agent Orange, to which millions of Americans and Vietnamese were exposed, alters germline epigenetics.  And pesticides, fungicides, flame retardants, PCBs, cigarette smoking, smog, radiation, and more and more mutagens and epimutagens that poured into our drugs, our food, our water, our air. Because these things screwed with the human germline, sometimes subtly but all too often acutely, we have epidemic of this bizarrely abnormal neurodevelopment in our kids.

Below are my slides from a March 2013 presentation about this at an autism science symposium.  I think they speak for themselves, but a video of my talk will also be posted soon to the UC Davis MIND Institute website for a bit more color commentary. Lots of stuff percolating out there about germline exposures and autism, thank God (and many awesome researchers of course) for shining a light on this issue and the insanity of it all.

That said, it's incredible to me that IMFAR 2013, the world's largest autism conference, taking place next month, has almost no discussion of gamete-environment impairment in the etiology of autism spectrum disorders.  It's like having a conference on babies born with flaps instead of arms and not bringing up thalidomide.

By the way, I certainly do not contend germline exposure is the only cause of the autism epidemic, but it's likely to be one of the biggies. Any thoughts or feedback can be emailed to autismhormoneproject@gmail.com. 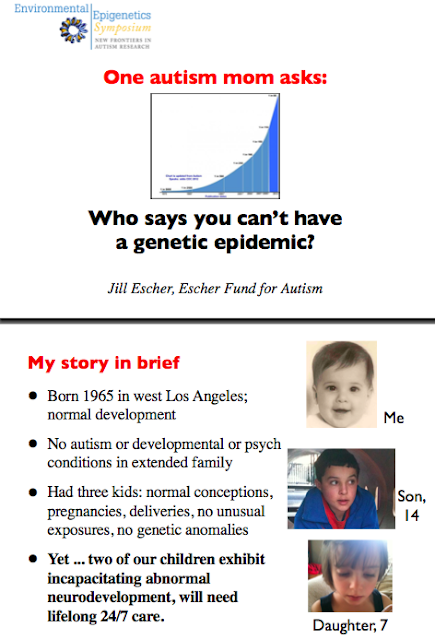 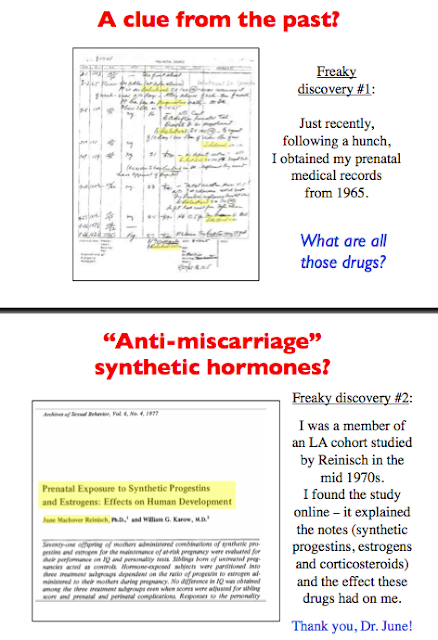 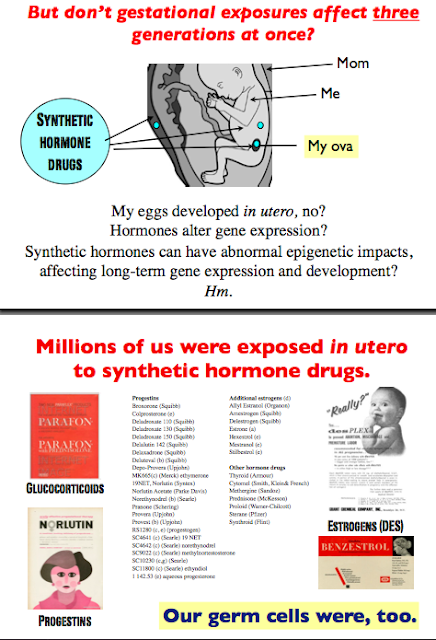 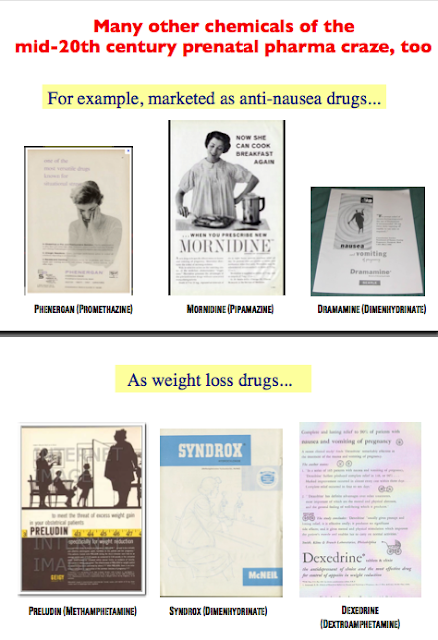 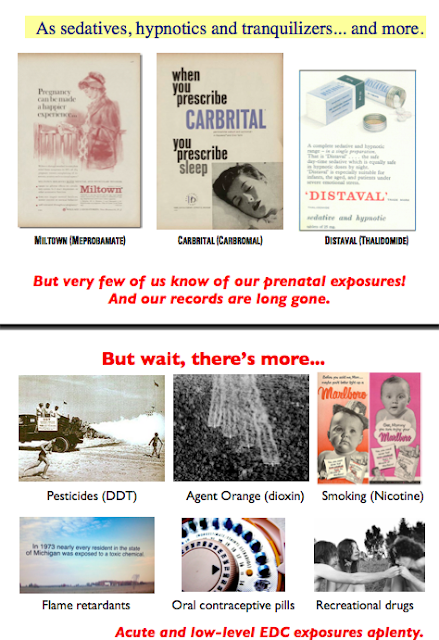 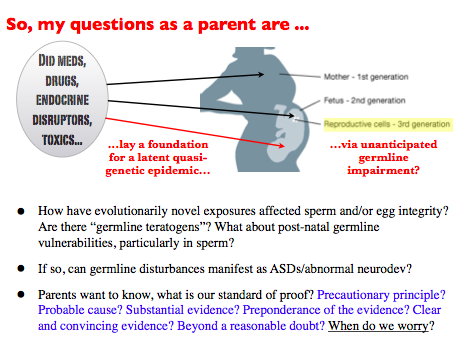 We should worry now, like yesterday. "It is estimated that between 1958-1965 half of all new mothers (US) took two to four pharmaceutical products while pregnant." (Annie Murphy Paul, "Origins," pp 79-80.)